This Gorgeous Woman Entered An Elevator And Pashed A Random Man. You Won’t Believe What Happened Next 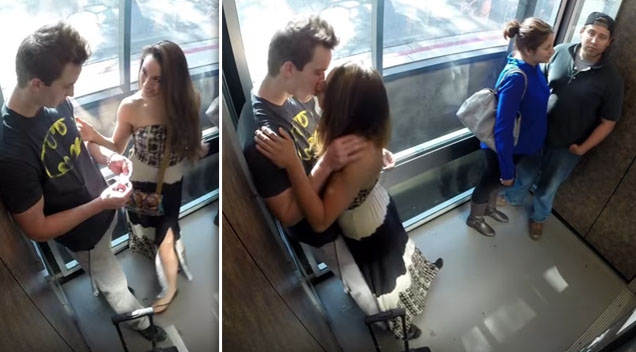 How would you react if you see a hot woman pash a random stranger seconds after meeting him?

Average Bro TV prankster and his girlfriend Ruby decided to see how people would react if they come across two strangers making out in a confined space. The reactions they received were priceless.

Check out the video below courtesy of Average Bro TV: