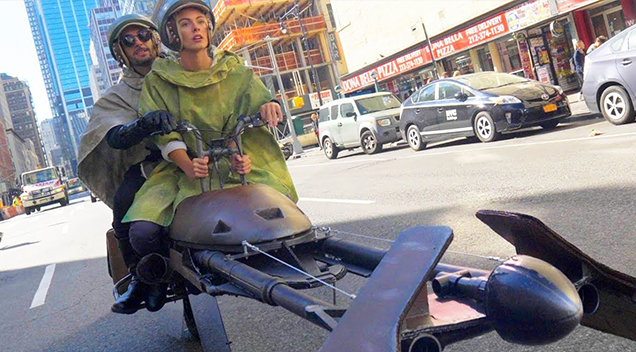 These YouTubers actually built Star Wars speeders and it took over Halloween in New York City.

YouTubers Jesse Wellens and Casey Neistat decided to bring their Star Wars Halloween costumes to life and they did it in style.

Jesse and Casey decided to re-enact the famous speeder chase scene of Luke Skywalker, Princess Leia, and some stormtroopers from Star Wars Episode VI: Return of the Jedi and the result was pure gold.

Check out the video below courtesy of Jesse: