OMG! Jack Black Just Challenged Chris Hemsworth To A Battle Of The Jams 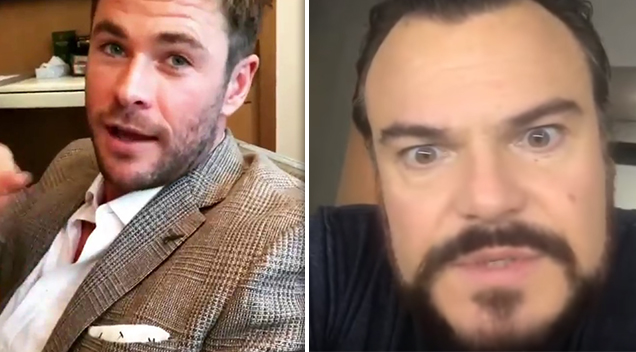 He said via his Instagram account “You know in School of Rock, when I sing a part of that monstrous Led Zeppelin jam ‘Immigrant Song’ and it’s super bitchin’ and, like, the raddest part of the movie… Well, it’s come to my attention that someone kind of stole that chunk of our movie and put it in their movie. That’s right: I’m talking about Thor: Ragnarok.”

Hemsworth had the perfect response to Jack Black by saying “You’re right, you got me. Guilty as charged. We stole ‘Immigrant Song’ from you, but guess what? You stole it too.”

Black then issued a “Battle Of the Jams” challenge to Hemsworth and Hemsworth said that while he knows about jam on toast and Pearl Jam, he doesn’t know how to participate in a Battle of the Jams. Nonetheless, he said that he’s still ready to take on Black!

We can’t wait to see how this battle is going to go forward!