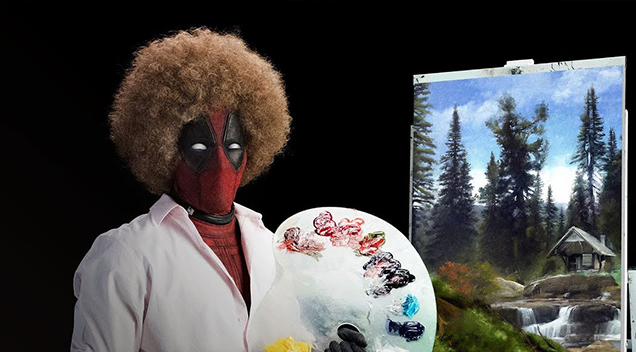 Deadpool is at it again and this time he’s poking fun at American painter and TV host Bob Ross.

Ryan Reynolds aka Wade Wilson is soon to hit the big screen as the ever hilarious Deadpool and just like last time, he’s posting random videos as a marketing technique to get fans excited and hyped up for the actual movie.