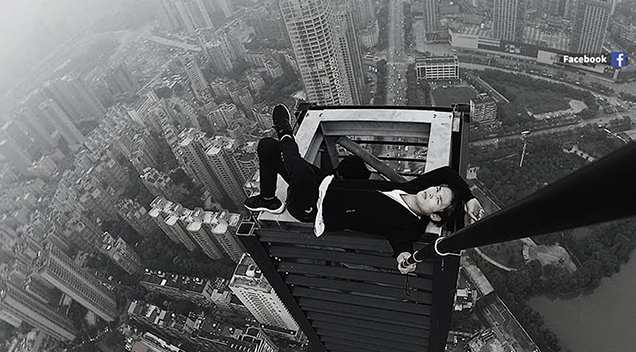 Screenshot from The Star Online

According to China Daily News, Chinese daredevil Wu Yongning died on November 8 as he attempted to do pull-ups from a 62-story skyscraper in Changsha, the capital of Hunan province.

Apparently, Wu was trying to win a $15,000 prize in a rooftopping challenge to pay for his mother’s medical costs and his upcoming wedding when he, unfortunately, plunged to his death. Even though the fatal fall happened last month, it was only confirmed by his girlfriend last week.

Here’s his final stunt recorded courtesy of The Star Online: