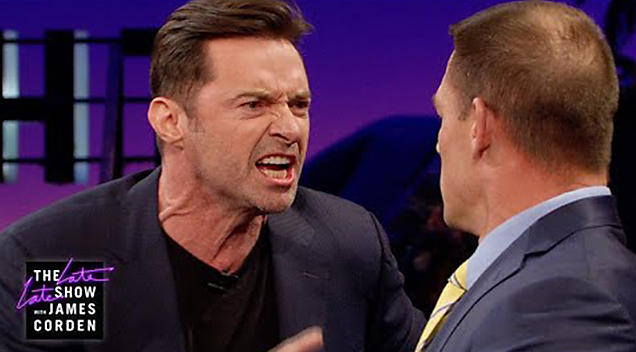 Screenshot from  James Corden’s video
Hugh Jackman recently unleashed like a raging beast on WWE star John Cena and the result was pure gold.
Jackman and Cena were both guests at the Late Late show with James Corden when they were both asked to face each other in a battle called “reverse trash talking.” Within minutes a red-faced Hugh Jackman was up in John’s face and the words that came out of his mouth were priceless!
Check out the video below courtesy of James Corden:
Total
0
Shares
Share 0
Tweet 0
Pin it 0
Share 0