Seth Meyers’ At The Golden Globes Was Absolutely Fearless 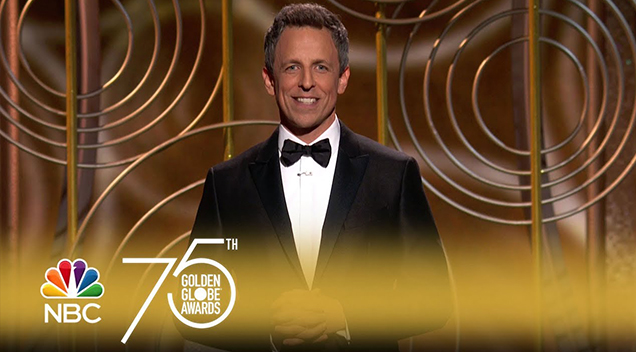 Screenshot from NBC
Seth Meyers was a force to be reckoned with at the Golden Globes and no one could argue with him because he controlled the microphone.
In his opening monologue, he addressed the issue of sexual harassment in a number of ways as well as talked about good old Donald Trump and many more.
Check out the video courtesy of NBC:
Total
0
Shares
Share 0
Tweet 0
Pin it 0
Share 0