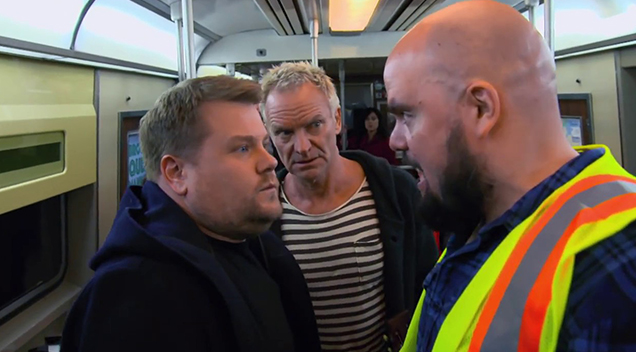 Screenshot from CBS/Grammys
Let’s face it; James Corden’s Carpool Karaoke segment on his Late Late Show has garnered a huge following – but then not everyone is into karaoke though.
Instead of singing with famous musicians in a car for the Grammy’s, he decided to sing at a carriage on the New York City subway with none other than Sting and Shaggy. Unfortunately, the crowd weren’t impressed.
Check out the video courtesy of CBS/Grammys:
Total
0
Shares
Share 0
Tweet 0
Pin it 0
Share 0