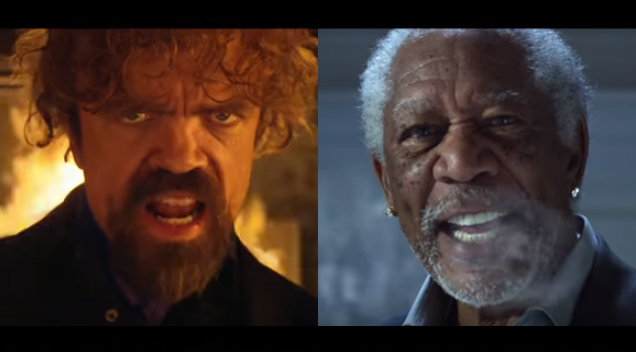 If you want to see Morgan Freeman and Peter Dinklage take each other on in a rap battle then you’ve come to the right place.

Doritos and Mountain Dew enlisted Morgan Freeman and Peter Dinklage to face off each other in a rap battle for their Super Bowl commercial promoting MTN DEW ICE and Doritos Blaze. Dinklage took on Busta Rhymes’ verse in the Chris Brown song “Look at Me Now” while Morgan Freeman took on Missy Elliot’s 2001 song “Get Your Freak On”. The result was pure gold.

Check out the video courtesy of Doritos: