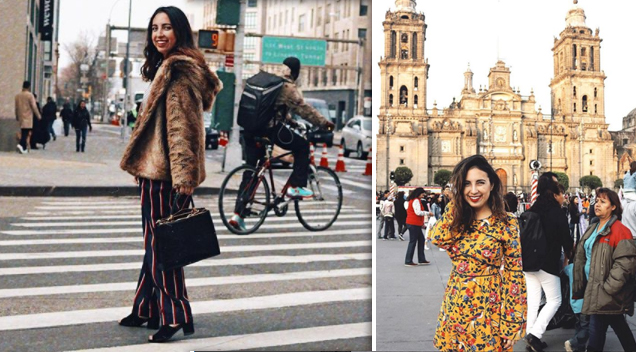 When Lissette Calveiro moved to New York to become an intern in 2013, she had no idea her life would become a financial mess because she would be spending on the most luxurious things all for the sake of Instagram fame.

“I wanted to tell my story about this young millennial living in New York… I was shopping . . . for clothes to take ‘the perfect ’gram.’ ” she confessed.

She would easily spend $260 shopping for new clothes so that she doesn’t get seen in the same outfit twice in any of her selfies and buy expensive stuff worth around $1300 on a monthly basis so that she can get more followers on Instagram.

She even went on a number of luxurious trips to make it look like she was a high-rolling jet-setter who can afford to stay at some of the most luxurious hotels around the world.

Eventually, her insane spending got the best of her and she was left deep in debt to the tune of $10,000. She had no choice but to get her priorities straight otherwise she’ll end up in the gutter.

She said, “I was living above my means… I knew that moving to New York, I had to get my act together or I wasn’t going to survive.”

She did a complete 360 and changed her ways, she moved into a much cheaper accommodation and became more financially conscious. Her efforts eventually paid off because within 14 months she became debt-free.

“I had a lot of opportunities to save, I could’ve invested that money in something,” she quipped.

She is urging millennials to determine what’s really important in life because she doesn’t want anyone else to follow her footsteps all for the sake of Instagram fame.