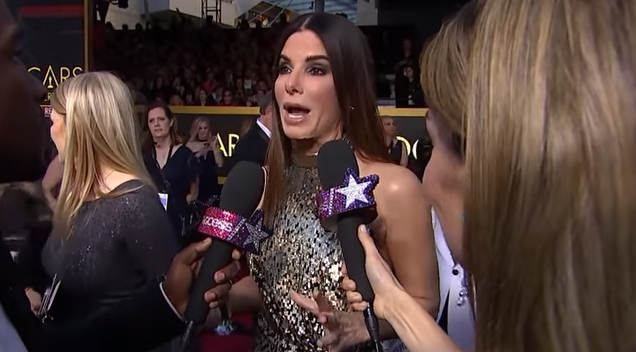 Who knew that a Marvel superhero movie can have so much impact on people’s lives?

When Sandra Bullock met the cast of Black Panther at the 2018 Oscars, she just couldn’t stop gushing about them.

Access Hollywood Interviewed Bullock at the recent Oscars and she said “I started to cry backstage when I was telling [the cast of “Black Panther”] how much the film meant to me as a woman, but how much it meant to me as a mother.”

Bullock is actually the mother of two black children, Louis (8-year-old) and Laila (5-year-old) through adoption. Black Panther became a huge hit and made headlines all over the world because of its all-black cast and compelling characters.

Since it’s not often to see leading characters of color in the big screen, a movie spear-headed by a powerful black king and fierce black women is such a breath of fresh air.

“I’m so grateful to Marvel because about five years ago, my son asked me if there were any brown Legos. And I said, ‘Yes, there are,’ and I got a Sharpie and I turned Spider-Man brown, I turned the Legos brown… I don’t have to turn [the Lego] brown anymore,” Bullock quipped.

Wakanda forever indeed! Check out the interview below courtesy of Access Hollywood.