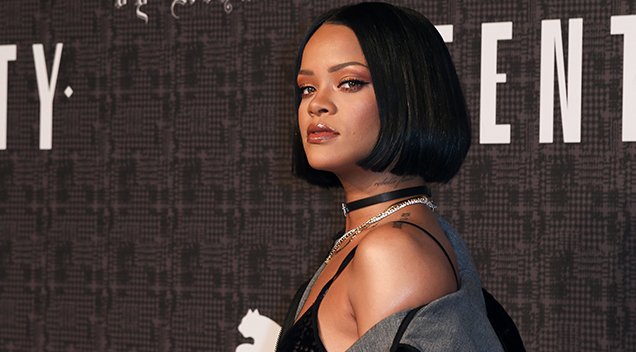 First, it was Kylie Jenner; now it’s Rihanna – it looks like Snapchat is on a downhill slope because celebrities are tearing it down. It’s stock apparently dipped by more than 4.7 percent according to Nine news after Rihanna recently blasted it.

Snapchat pissed Rihanna off big time because according to Rihanna it “intentionally” shamed victims of domestic violence after it posted a (now-deleted) advertisement that asked Snapchat users whether they wanted to “Slap Rihanna” or “Punch Chris Brown.” 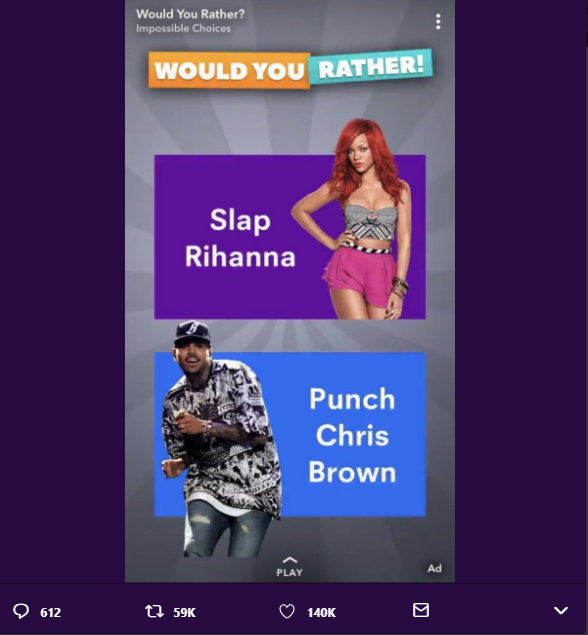 Rihanna responded to Snapchat’s controversial ad by posting this message on Instagram “I’d love to call it ignorance, but I know you ain’t that dumb,” she quipped. “You spent money to animate something that would intentionally bring shame to DV victims and made a joke of it!!! This isn’t about my personal feelings, cause I don’t have much of them…but all the women, children and men that have been victims of DV in the past.”

Rihanna’s fans decided to go to Twitter to declare that it was time to “delete Snapchat” and that’s when Snapchat’s stock took a big dip.

Snapchat eventually apologized for the advertisement by telling BBC “The advert was reviewed and approved in error, as it violates our advertising guidelines… We immediately removed the ad last weekend, once we became aware… The ad violated company’s Advertisement Policy, which prohibits “disrespectful content” and “content that demeans [or] degrades.”

Snap Inc also told Newsweek that a massive investigation is underway. “This advertisement is disgusting and never should have appeared on our service,” a Snap Inc spokesperson said. “We are so sorry we made the terrible mistake of allowing it through our review process. We are investigating how that happened so that we can make sure it never happens again.”

Snapchat already lost around $1.3 billion in February when reality star Kylie Jenner asked her Twitter followers “Sooo does anyone else not open Snapchat anymore? Or is it just me… Ugh, this is so sad.”

Now it looks like it’s taking another nose dive by pissing off the wrong celebrity.