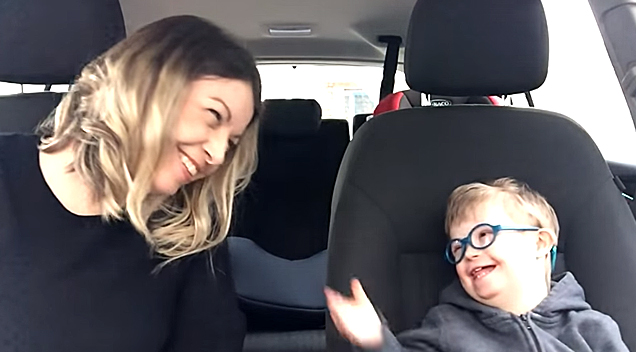 Screenshot from Wouldn’t Change a Thing

This video titled “50 Mums, 50 Kids, 1 Extra Chromosome” is the brainchild of Rebecca Carless who got the idea after seeing videos by the group Singing Hands on YouTube. Rebecca’s son has Down’s Syndrome, and she decided to contact other mums with Down’s Syndrome children via the Facebook group “Designer Genes” to create a Carpool Karaoke Video. Eventually, 50 mums and 50 kids released their versions of the song, and these versions were compiled into one epic video. The result will give you goosebumps.

Check out the video courtesy of Wouldn’t Change a Thing: