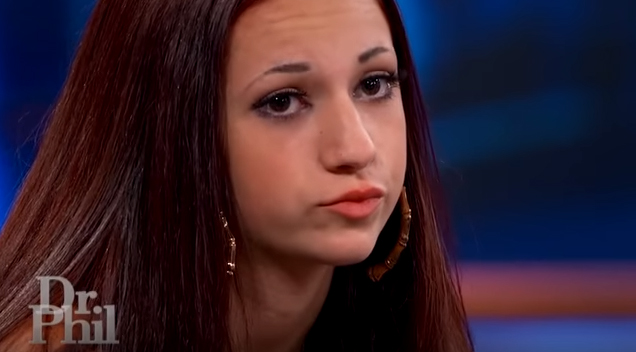 Screenshot from The Dr. Phil Show

Danielle Bregoli just revealed what she spent her first million on, and her response will surprise you.

For those who don’t remember Danielle Bregoli, she’s the potty-mouthed teenager who had a massive fight with her mum on an episode of Dr. Phil in September 2016, she became known for the viral video meme and catchphrase “cash me ousside, how ‘bout dat?” You remember her right? I’m sure you do.

Since saying the words ‘cash me ousside’ on live TV and becoming a social media star, the 15-year-old teen has done pretty damn good for herself. So good that she is now, in fact, a millionaire thanks to her stint in the music industry. According to Hollywood Life, she was earning a whopping $50,000 per show after signing a deal with Live Nation and also generating good cash through various ‘endorsements.’

When TMZ caught up with Bregoli, she revealed what she spent her money on and here’s what she said: ‘I only spend my money on nails and eyelashes.’

Well, she certainly spent her money on exactly what you’d expect! I guess if you work hard you party hard right? Check out her interview below courtesy of TMZ:

Read More
In the midst of a global pandemic, many want to know which ways are best to boost your…
Read More
1
0
0