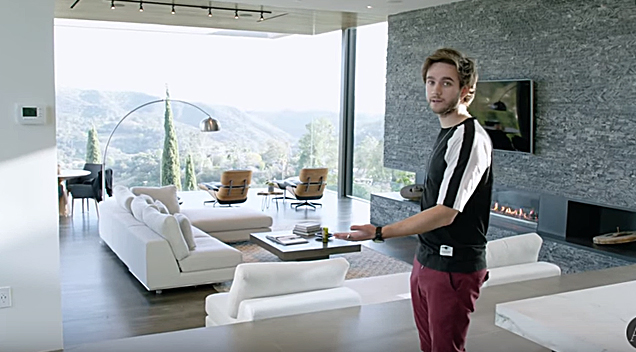 Grammy-winning record producer DJ Zedd gave Architectural Digest an in-depth tour of his $16 million mansion in Benedict Canyon, Los Angeles, and his house could literally be a five-star hotel.

From remote-controlled curtains to a pool that has a hidden jacuzzi to a “Costco Room” that contains just about anything he would need if he weren’t able to leave the house for a long time – this man’s home is definitely #housegoals.

Check out the video below courtesy of Architectural Digest: