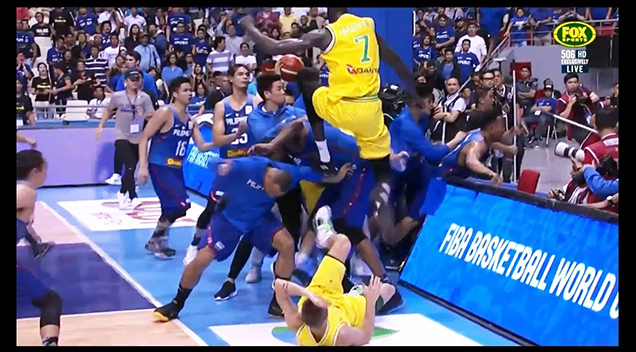 The Boomers had a massive lead of 79-48 lead before the match turned into a street brawl after Philippines guard Roger Pogoy threw an elbow at Australia’s Chris Goulding.

Chris Goulding’s teammate Daniel Kickert’s retaliated by throwing an elbow at Pogoy and this sparked a massive brawl as punches, elbows, kicks and objects like chairs were thrown at the Australian players. Players and officials from both sides, as well as a number of impulsive fans, even joined the brawl as the security team tried to calm everyone down.

Check out the footage below courtesy of ZA17: