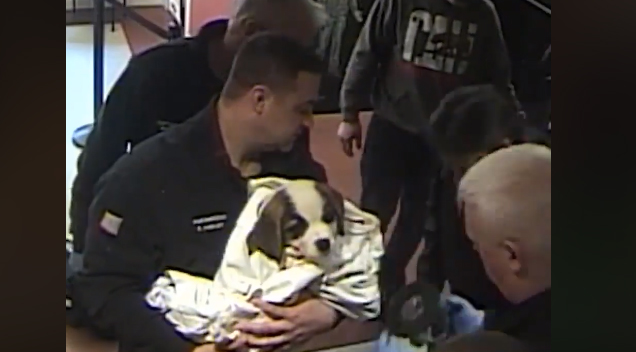 A 9-week-old puppy was unresponsive when it was rushed into North Reading’s police station just recently, but luckily the officers were able to save its life after an intense 10-minute struggle.

North Reading resident Megan Vitale and her friend frantically ran into the police station with the Saint Bernard puppy just after 12 p.m. – apparently, the dog was choking on its food. According to the Boston Globe, the officers at the time – Jorge Hernandez, Peter DiPetro, and Joseph Aleo alongside some North Reading firefighters, tried to revive the puppy by giving the puppy back blows and chest compressions for nearly 10 minutes. Eventually, the food was finally dislodged, and the dog was able to breathe again.

Scroll down to watch the video below courtesy of Yahoo: