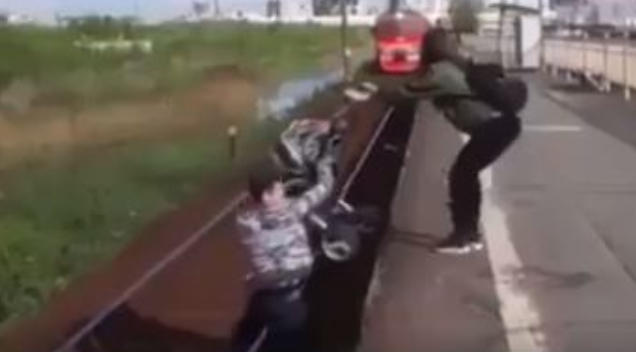 How far would you go to save a stranger’s life?

This man became viral online because he saved a baby in a crib after the stroller fell of the train tracks! The video initially shows a man was on the train tracks because a crib fell off and a woman nearby did not know what to do. Because of the man’s quick actions, he managed to get the crib and himself back in the safety platform just in time before the train passed by.

Check out the video below courtesy of box flicks: