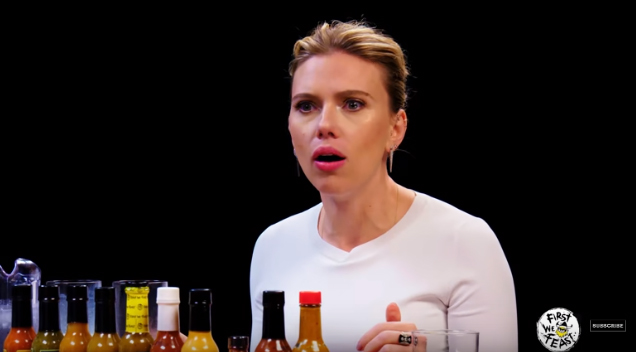 Screenshot from First We Feast

Scarlett Johansson is hands down one of the biggest Hollywood stars on the planet, and you can catch her as Black Widow in Avengers: Endgame, hitting theaters everywhere on April 26.

But even though she’s the badass Black Widow in the big screen, do you think she can handle spicy food?

Find out as Scarlett Johansson joins Sean Evans for the season 8 finale of Hot Ones. Watch her attempt to take on the wings of death, talk about the best movie-set food, and try to avoid spoiling Avengers: Endgame.

Check out the video below courtesy of First We Feast: