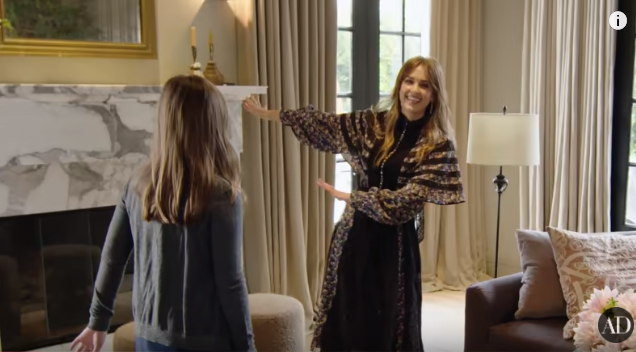 Most people would know Jessica Marie Alba as the lead actress of the television series Dark Angel as well as numerous box office films such as Fantastic Four, Good Luck Chuck, Little Fockers, and Sin City: A Dame to Kill For so it would be interesting to take an inside look inside her home.

Jessica Alba took Architectural Digest on a tour of her Los Angeles home which features a fireplace custom-made for Christmas stockings, an epic laundry room as well as a breathtaking bathroom with his and hers showers and we’re definitely impressed!

Check out the video below courtesy of Architectural Digest: