Will Smith And Kevin Hart’s Motivational Speeches Fired Up This Audience! Here’s Why… 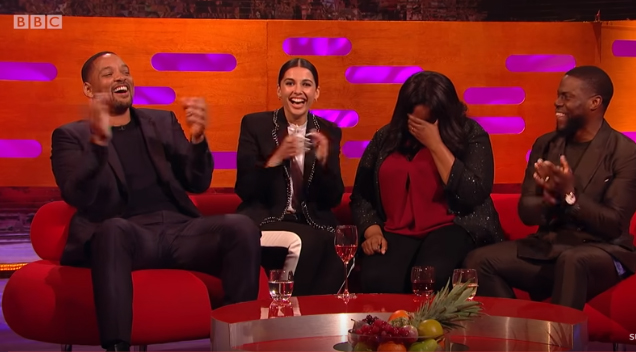 Will Smith and Kevin Hart decided to do some improv motivational advice at Graham Norton’s show and the studio audience definitely gave them two thumbs up!

Hollywood superstar Will Smith, who plays the Genie in the new live-action Aladdin and comedian Kevin Hart were a force to be reckoned with at the Graham Norton’s show and when you hear their impromptu advice you’ll laugh until your face hurts.

Check out the video below courtesy of BBC: