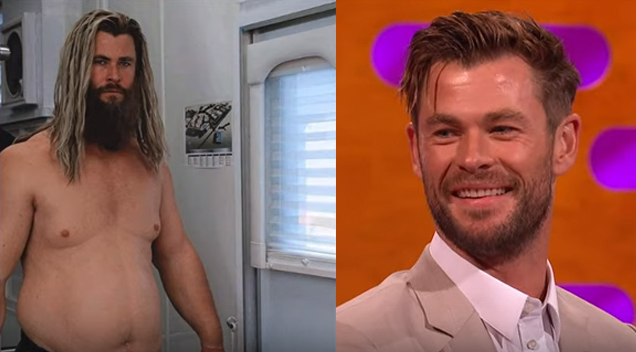 Let’s face it, it was absolutely hilarious to see Thor in Avengers: Endgame gain an extra 70 pounds because Thor has always been seen with bulging biceps and raging six-pack abs.

Poor old Thor was so depressed about killing Thanos and losing all his friends that he sort off ate his way out of his misery. Now we finally find out the truth about Chris Hemsworth’s epic gut.

Check out the video below courtesy of BBC: