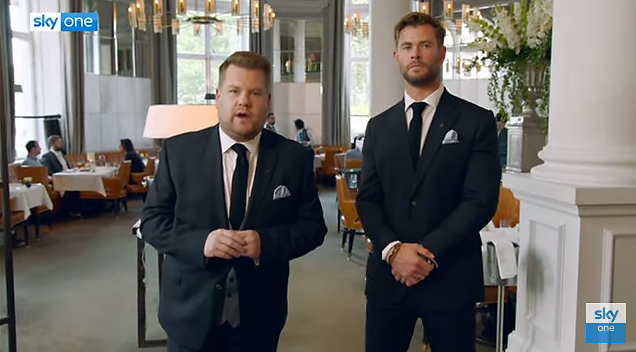 Screenshot from Sky One

‘The Late Late Show’ host James Corden and Chris Hemsworth recently went head to head to see who was the best waiter during Tuesday’s episode of the late-night show and the result was side-splittingly hilarious.

Hemsworth and Corden competed against each other to see who has what it takes to work in the high-pressure world of restaurants and the battle was definitely fierce but was absolutely entertaining to watch.

Check out the video below courtesy of Sky One: