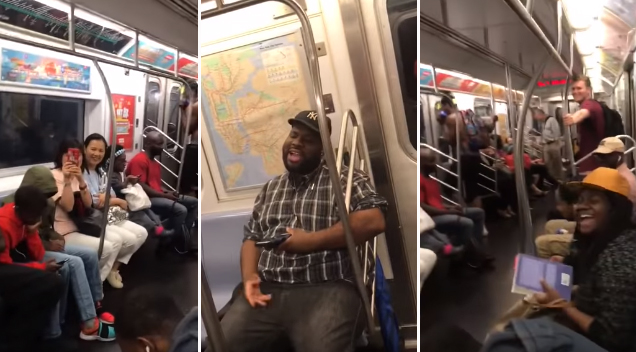 This is the heartwarming moment when New York City subway passengers spontaneously burst into singing the Backstreet Boys hit, ‘I want it that way.’

The whole thing started when a man started playing the Backstreet Boys song, ‘I want it that way’, on his phone as he was walking past everyone. Eventually, the entire carriage joined in and everyone got the Backstreet Boys fever! One passenger even posted the footage on Twitter, and it was viewed 1.1 million times – I guess the Backstreet Boys are still a force to be reckoned with even after all these years.

Check out the video below courtesy of Pat Bateman: