Michelle Obama Just Hit Harry Styles in the Crotch With a Dodgeball. Yes, You Read Right! 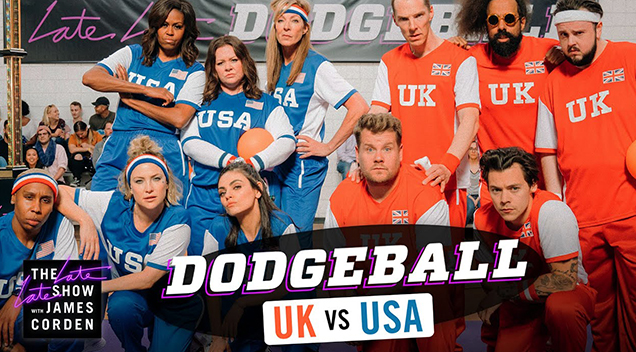 James Corden organized for a Team USA vs Team UK dodgeball game and Obama hilariously got Styles right in the crotch.