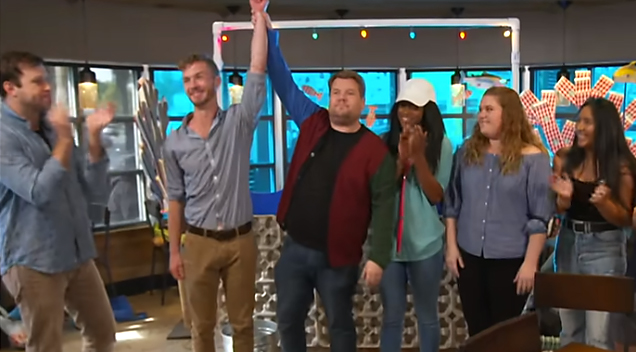 James Corden literally can turn everything into something interesting and entertaining.

James Corden headed to a local Starbucks to turn a writer’s script into a film developed, cast, produced and shot inside the coffee shop. Starbucks Theater is proud to present “Eight Arms, Three Hearts” starring Taran Killam, whose trip for a coffee obviously turned into a whole lot more.