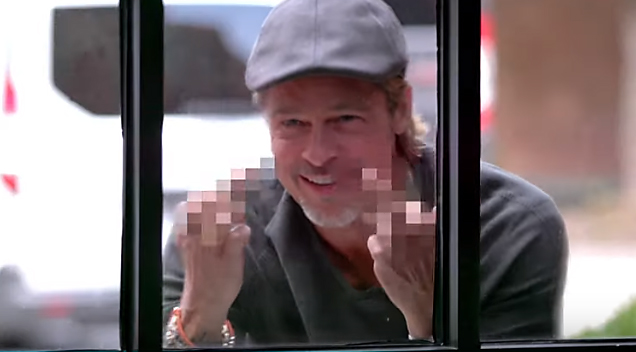 Screenshot from The Tonight Show

What happens in the bar stays in the bar… No one talks about the bar!

At a restaurant, Jimmy Fallon initially receives a martini from Brad Pitt, “courtesy of the gentleman at the bar.” In return, Fallon sends over a coffee to Brad Pitt. All of a sudden Pitt’s initial nice gesture turns into an all-out war of who can best the other. Pitt sends Fallon a scorpion bowl with a medium-rare steak and fries. Fallon counter offers with a seafood tower. Pitt then sends a pyramid of Ferrero Rocher – then comes the stack of pancakes, 30 hotdogs, a whole coconut with a mini hammer, a bucket of tater tots, a party sub, astronaut ice cream, a block of cheese, Hibachi shrimp, a three-tiered wedding cake and even a toothpaste and orange juice! Safe to say, the bill won’t be pretty.

Check out the video below courtesy of The Tonight Show: