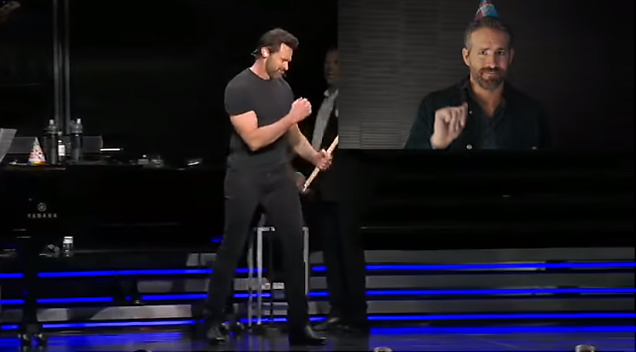 Ryan Reynolds and Hugh Jackman should definitely do a movie together!

Ryan Reynolds had a special birthday message for his frenemy Hugh Jackman and it’s not for the faint-hearted! In honour of Hugh Jackman’s big birthday, the “Deadpool” star surprised Hugh with an epic video message during his “The Man. The Music. The Show” concert.

Check out the video below courtesy of Ryan Reynolds: