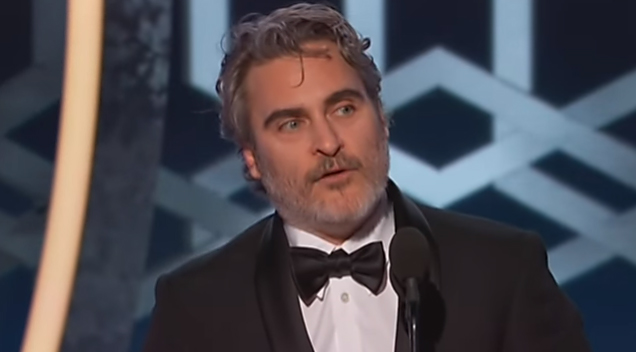 Joaquin Phoenix aka the “Joker” accepted his award for the best actor in a drama film at Sunday’s Golden Globes. He addressed the climate crisis, gave honor to his fellow nominees and even addressed the fires in Australia.

Phoenix won his first Golden Globes award back in 2006 for playing Johnny Cash in “Walk The Line” so his recent win marks the second time he’s won a Golden Globe.

Check out his speech below courtesy of Variety: