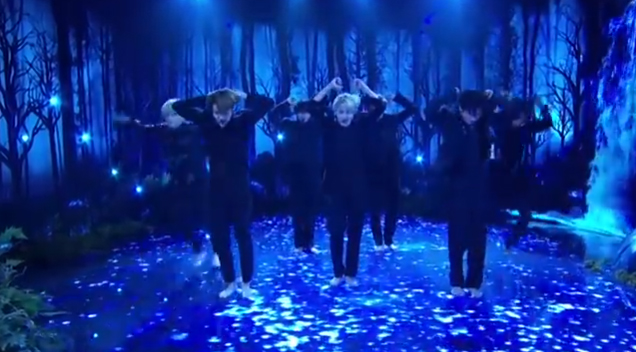 Screenshot from the Late Late Show With James Corden

BTS recently attended The Late Late Show With James Corden and performed their brand-new single “Black Swan” live for the very first time — and it was sheer perfection.

Dressed in matching black suits and barefoot, the power group took over The Late Late Show’s stage with an epic performance switching from ballet-like strokes to powerful movements to match the song’s tempo. It was definitely better than the Grammys.

Check out the video below courtesy of the Late Late Show With James Corden: