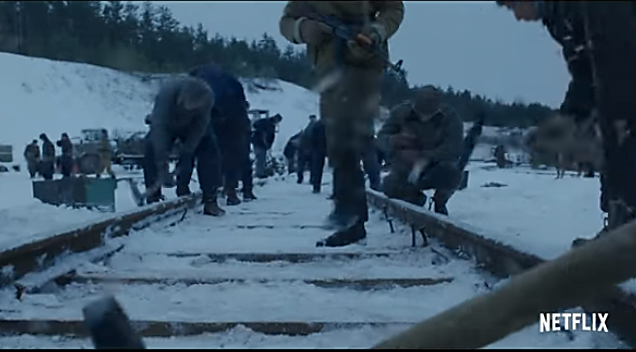 It was hinted at the end of Stranger Things 3 that “the American” held captive in Russia would be someone fans would probably know. Sheriff Jim Hopper (David Harbour) could possibly be “the American” and he somehow managed to survive the destruction of the Russian lab hidden beneath Hawkins. Now, it’s finally official: Hopper is indeed alive!

The latest Stranger Things trailer has been dubbed “From Russia with Love” which is named after the James Bond movie by Netflix, and it shows Russian captives forced to do manual work on a railroad in extreme freezing temperatures. Hopper is seen among them, but then no one is probably coming to save him because no one knows he’s alive.

Check out the teaser below courtesy of Netflix: