It’s Official: Coachella Has Been CANCELED FOR 2020 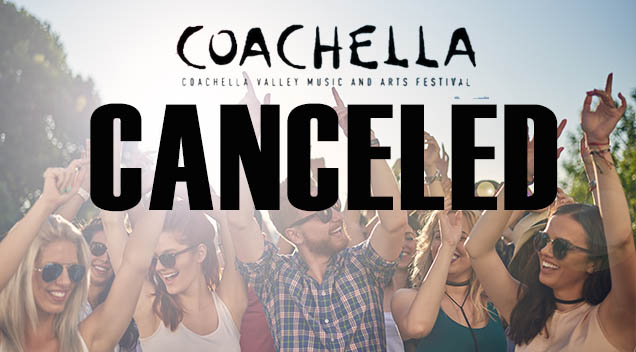 TMZ just confirmed that Coachella 2020 is officially not happening – the music festival will not push ahead in October as originally planned, they’ll regroup and just do it next year.

Riverside County Public Health Officer Dr. Cameron Kaiser was the one who pulled the plug on Coachella 2020. Kaiser decided o sign an order to cancel the October event to prevent a potential rise in COVID cases. Country music festival Stagecoach which is typically held on the same grounds has was also been canceled as well as Lollapalooza. Lollapalooza 2020 was supposed to be scheduled for July 30 to Aug. 2, but due to COVID, it’s now moving online.

It’s still unclear if Coachella organizers will attempt to run the event in April which is when it normally runs but in a limited capacity and with social distancing measures in place, or just wait until October 2021 and then go full blast.

This year’s headline acts included the likes of Travis Scott, Frank Ocean, Rage Against the Machine, and even Lady Gaga. It remains unclear if the 2020 lineup will remain the same, or if the organizers will try booking new acts for 2021.