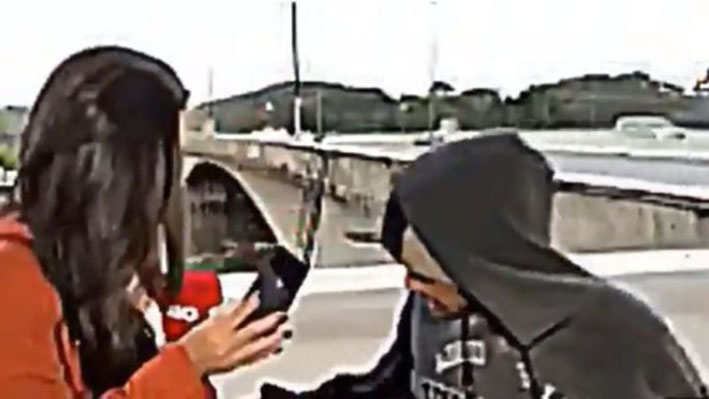 This female CNN reporter has just been mugged by a knife-wielding criminal while she was broadcasting live on-air in Brazil.

Journalist Bruna Macedo and her team were in the middle of delivering a report about the rising water levels of the Tete River in Sao Paulo when the terrifying attack occurred.

The suspect can be seen walking across a bridge in the background of the video before he decided to make his way up to the unsuspecting CNN reporter. As Macedo was conversing with anchor Rafael Colombo, who was based in the CNN studio, the culprit suddenly appeared by her side, pulled out a knife and pointed it at her as she was forced to hand over her phone. The camera then moved away from the pair but continued recording a view of the street.

Check out the terrifying video below courtesy of Hello TV: