The Philippines Has Human-Sized Bats And NO, We’re Not Kidding! 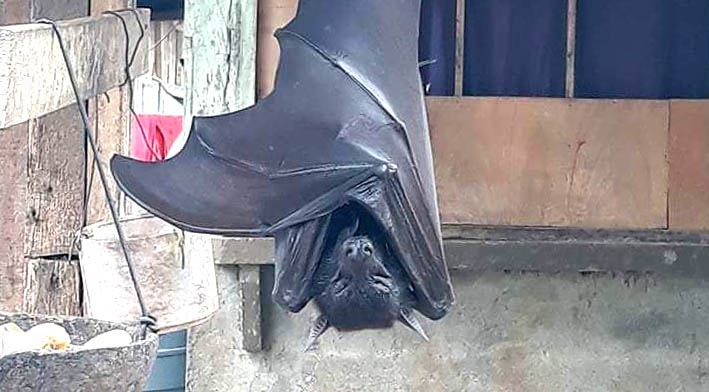 Terrifying photos of what appears to be a human-sized bat have recently appeared online, shocking social media users all over the world.

A few weeks ago, Twitter user @AlexJoestar622 posted an image of the human-sized bat with the caption, “Remember when I told y’all about the Philippines having human-sized bats? Yeah, this was what I was talking about.”

The exact same bat has gone viral in the past when it first became trending back in 2018 via Reddit. Alex Joe’s recent post piqued everyone’s interest again in relation to the so-called “giant golden-crowned flying fox,” which it turns out, is a bat species in the Philippines.

According to Next Shark, the bat is also known as the golden-capped fruit bat, it belongs to the megabat family which contains the largest bat species in the world. Megabats apparently have the longest forearm length of any species, which can measure up to a whopping 215 millimeters (8.5 inches). Its wingspan comes at an epic 1.5–1.7 meters (4.9–5.6 feet), which can actually cover an average-sized human! The giant golden-crowned flying fox could also weigh up to 1.40 kilograms (3.1 pounds).

While most people would consider these bats scary, it appears they’re actually quite harmless. They mainly eat fruit and plant leaves and they spend most of the day sleeping. Check it out below courtesy of @AlexJoestar622’s twitter account. 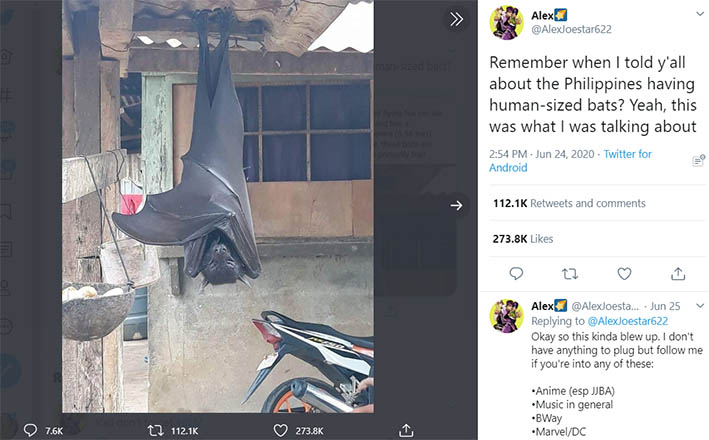