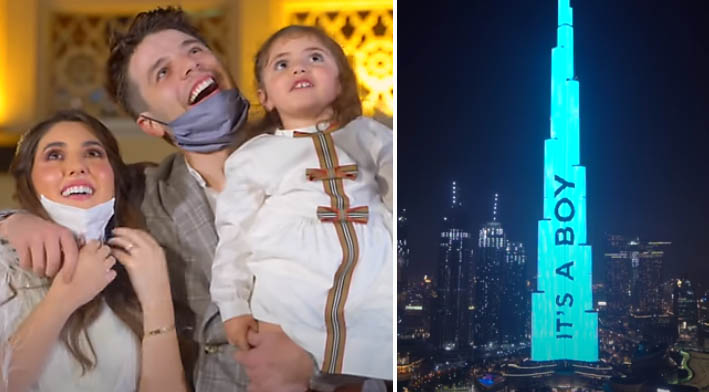 While millions of people all over the world are struggling financially because of the Coronavirus pandemic, this YouTuber seems to be on the other side of the fence as he had enough money to spend a ridiculous amount of cash to organize the “biggest gender reveal ever.” While some fans approve of the extravagant gesture, others referred to it as “nauseating” and “over-the-top.”

Gender reveal parties have been slammed lately due to an unfortunate incident in El Dorado in San Bernardino County where a gender reveal party created massive wildfires that have led to destruction and people in the area being evacuated from their homes.

That said, Anas Marwah, a YouTuber who boasts more than 7.5 million followers, as per news.com.au, didn’t let this incident stop him from throwing an insanely extravagant publicity stunt to reveal the gender of his baby. The family decided to light up Dubai’s iconic Burj Khalifa – the world’s tallest, standing at 829.8m with around 163 floors.

Here’s the actual video of the “biggest gender reveal ever” – what do you guys think?