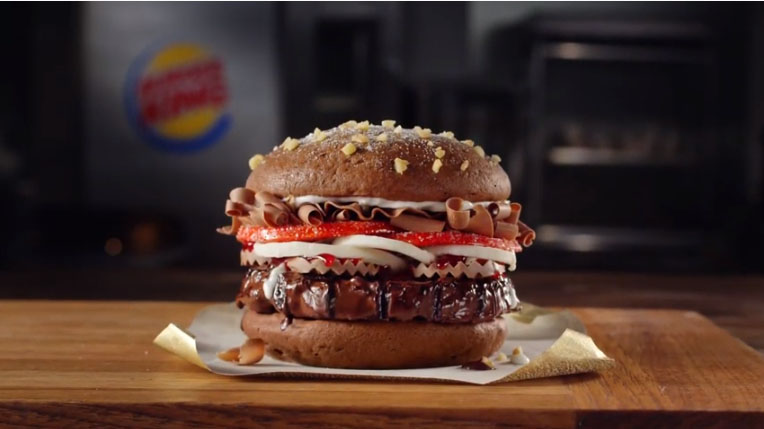 It may have started as an April fool’s joke, but on September 1st, 2020 the Hershey’s Chocolate Whoppers came into fruition for a one-day limited offer.

The novelty burger has sparked a 100 meter (328 foot) line up, where people are waiting in anticipation. A total of 506 burgers were sold during that one-day limited offer, in Taiwan, China.

The idea of the burger was a 2018 April fool’s joke, where it supposed to be a dessert burger, consisting of a chocolate patty sandwiched and between the chocolate buns along with chocolate rings as a garnish and raspberry sauce as a treat, reported Next Shark.

However, for this version, the Burger King Taiwan branch slathered the Hershey’s Chocolate and peanut butter,

Surprisingly, the peanut butter and chocolate syrup brought out a poignant taste in the beef patty, and Burger King was praised for the interesting culinary choice! What do you guys think? Would you take on a Chocolate Whopper?? (Screenshot from Burker King UK)