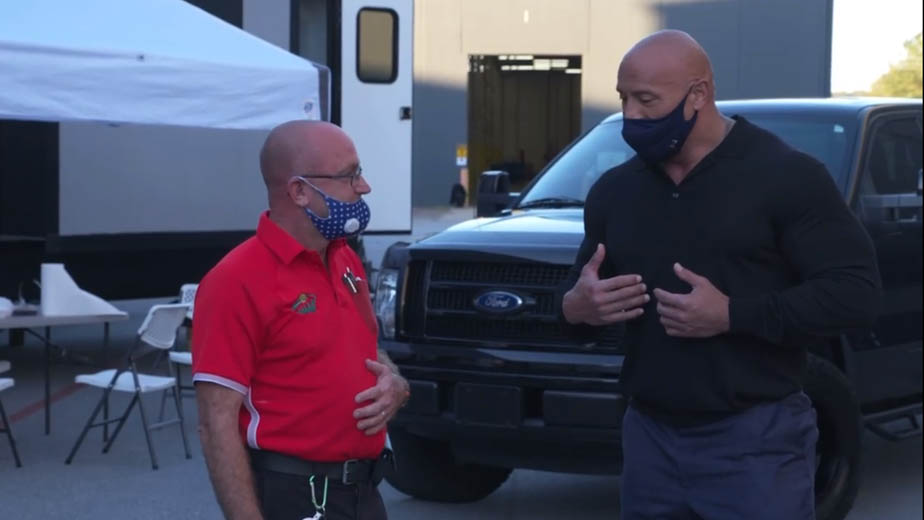 Dwayne ‘The Rock’ Johnson has recently shared a heartwarming video of him gifting a $30k truck to his old lifelong friend, Bruno Lauer who helped change the course of his life.

The Rock shared the video with his 209 million Instagram followers and captioned the post: “Merry Christmas, Bruno… Love you, brother!”

“My life (especially my teenage years) has been full of the wildest twists and turns – yet God and the universe had always found a way to put a few people in my path that would change the trajectory of the road I was going down.

The Rock further revealed that Lauer took him in when he was a teenager, writing: “My mom and I were evicted off the island of Hawaii and I was sent to Nashville, Tennessee to live with my dad. When I landed in Nashville, I quickly found out I wasn’t gonna live with my dad.

“S**t happens, plans change and that’s the way it goes.

“Instead, I told I was gonna live with a guy named Bruno. Who at the time lived in a tiny room at a spot called the Alamo Plaza motel.

“Bruno could’ve (and should’ve) said hell no, I’m not takin’ in some kid who I don’t know. But he didn’t.

“He took this punk kid in and we became lifelong friends.”

Johnson eventually revealed that he had bought his old friend a new truck.

Lauer then tells The Rock: “I love you man, and not because of this, because of who you are… There’s only about five people in the world I would die for and you’re one of them.”

Johnson ended the heart-rending post by writing: “I love you, brother. Your kindness and heart – helped change my life’s trajectory.

“And when you’re ready to retire from ‘the business’ you just say the word. I got you covered.”