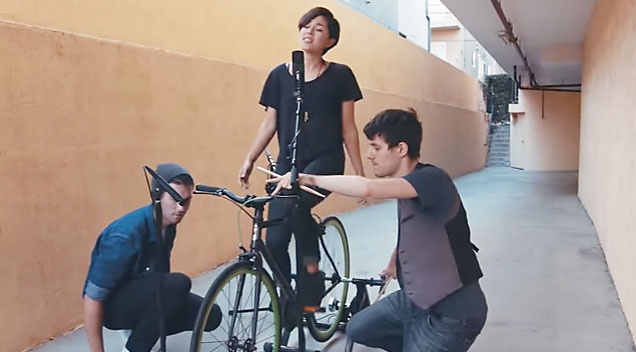 Yes, that’s right folks it’s official, you can now use a bicycle as a musical instrument.

It looks like guitars are now a thing of the past because now a bike can be used as a musical instrument. This cover of Sia’s “Cheap Thrills” played on a bicycle by KHS & Kina Grannis is just amazing to watch.

Check out the video below (source: Kurt Hugo Schneider):