This Robot Just Got Arrested At A Political Rally For Being Too Aggressive (Yes, You Read Right) 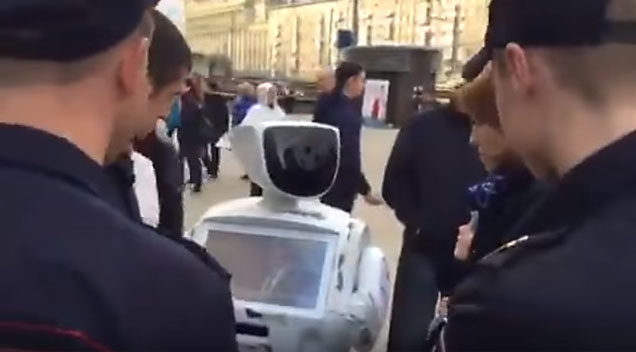 Scientists in Russia just found out the hard way that artificial intelligence robots can be very difficult to deal with.

Russian scientists created a robotic prototype which they called the “Promobot” and they had originally planned to create a robot that could effortlessly mingle with humans and even possess a facial-recognition software that would help it remember everyone it meets. Unfortunately they got more than they bargained for when the robot did something they would never expect in a thousand years.

Promobot was apparently able to escape the lab where it was stored and it managed to attend a political rally in Moscow where it showed unwavering support for politician Valeriy Kalachev. It was eventually arrested by the police after it started harassing passengers on the metro.

Check out the video below (source: Promobot):