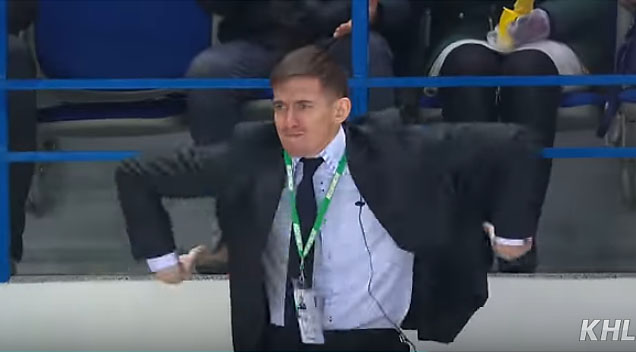 A video footage of a bright and breezy security guard dancing to a Michael Jackson song during a Kontinental Hockey League (KHL) game in Russia’s Far East has taken the internet by storm.

The footage was taken at Platinum Stadium in the city of Khabarovsk. When the camera focussed on one of the security guards he decided to bust some epic moves like a boss to Michael Jackson’s ‘Billie Jean’ much to the delight of the fans. The result was pure gold.

Check out the video below (credit: KHL):