Meet Daniel: The Aussie Hero Who Chased Down An Offender In His “Jocks” (Yes, You Read Right) 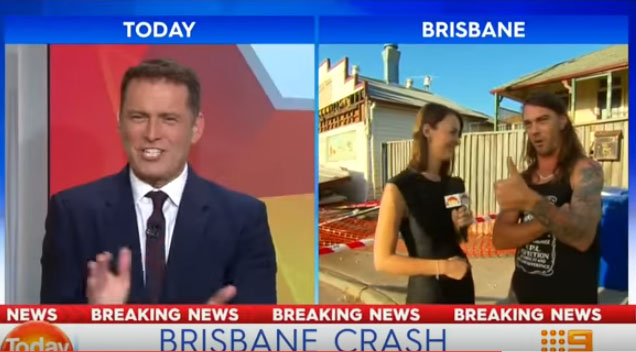 Daniel McConnell just gave the world the most Aussie interview and he is the neighbour anyone would love to have.

This legend was interviewed by Today reporter Jessica Millward just recently and he recounted being woken up by his wife around 2am when she heard a random car crash into a fish and chip shop that was just down the road from their house.

Daniel decided to jump out of bed in just his “undies” and when he got to the scene of the accident he saw the offender leaving the scene and that’s when he said  “I’ve walked outside and said ‘what are you doing mate? You can’t be leaving the scene’.”

Apparently the offender told him “don’t be a hero” and then decided to jump in his car to drive away. That’s when Daniel jumped in his car and started chasing the offender down the road and when the police eventually came, Daniel flashed them and sent them in the direction of the offender.