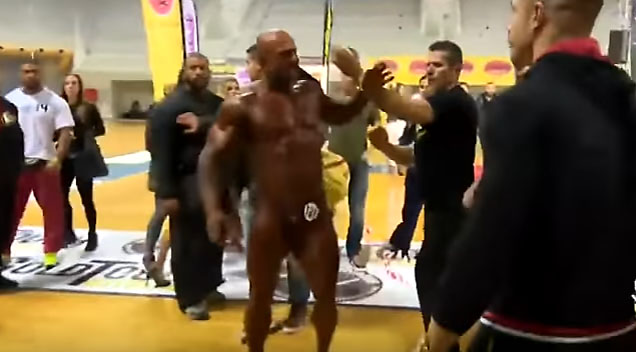 When this bodybuilder found out that he came second, he went all nuts and he slapped the judge and then whipped out his man parts because he was so damn furious.

According to Yahoo Australia, Greek bodybuilder Giannis Magos completely lost the plot at the 2016 IFBB Diamond Cup in Athens, Greece when he won his 100-kilogram division but then failed to win the overall title. When judge Armando Marquez approached him to try to calm him down, he destroyed him with one thunderous slap which sends him down the ground!

According to a post on the International Federation of Bodybuilding and Fitness’ official Facebook page, Magos is slapped with a lifetime suspension for his “disrespectful and aggressive behavior.”

Check out the video below (credit: levrone2000):