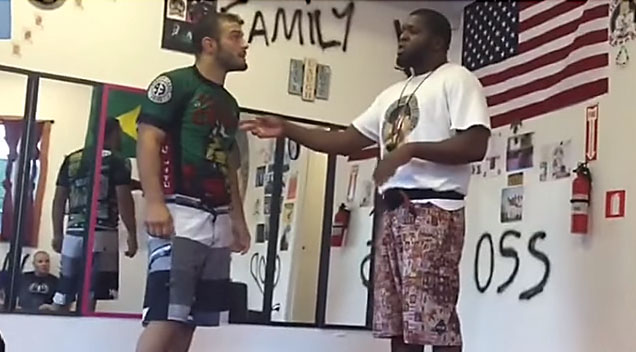 Mike Palladino is a brown belt in Brazilian Jiu Jitsu and he decided to expose Jay Queiroz, a man who was pretending to be a BJJ Black Belt in Marlboro, New York just to earn some extra cash.

Mike Palladino is the Founder of Evolution Grappling Academy and he’s a 2x Pan American Brazilian Jiu Jitsu Medallist and multiple time Submission Fighting champion, holding 7 championship titles under his belt so he knows what he’s talking about.

Mike decided to confront Jay Queiroz for posing as a fake BJJ black belt and here’s what went down: