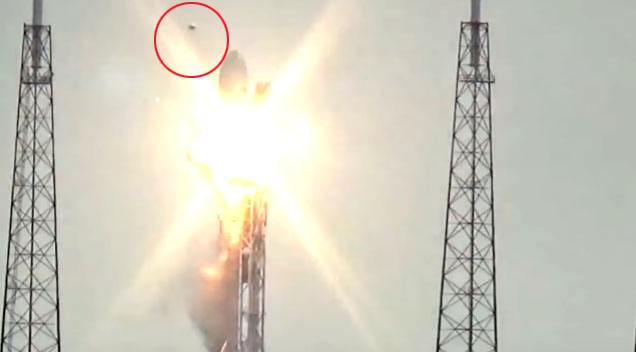 The world was in a state of shock last week when a rocket from Elon Musk’s private space flight company SpaceX exploded during a normal test.

Unfortunately the explosion also obliterated Facebook’s first ever satellite which was of course a really big deal. While the exact cause of the explosion is still under investigation, a number of sharp-sighted conspiracy theorists discovered a UFO right before the explosion which may explain the reason why it suddenly exploded. The UFO was just hovering around the rocket seconds before the explosion and then it just disappeared into thin air after the explosion.

Check out the proof below and you be the judge: