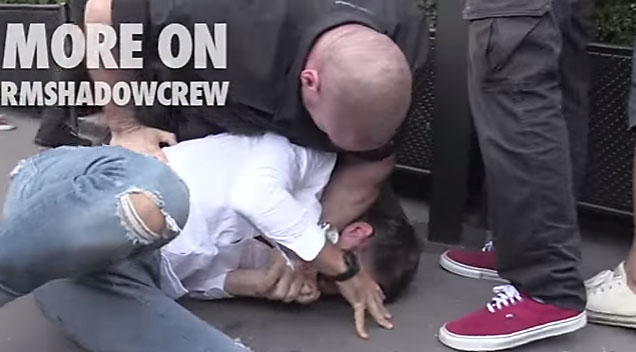 Vitalii Sediuk is a serial celebrity prankster who someone manages to get up close and personal to stars so that he can supposedly “prank” them but this time he got totally destroyed by security.

Last time he managed to sneak up behind Gigi Hadid and give her a massive bear hug from the back and Hadid’s security was just too slow to react – luckily Hadid is a badass so she reacted by elbowing him furiously until he let go and eventually walked away. This time he tried to attack Kim Kardashian as she stepped out of her favourite restaurant in Paris and he got smashed by Kim K’s security on the ground just before he got close enough to her.

Check out the video below (Source: StormShadowCrew):