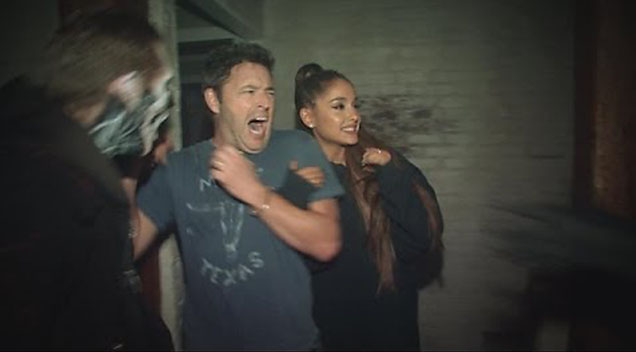 Ariana Grande decided to enter a haunted house during a trip to Universal Studios Hollywood and it was hilarious to watch.

The gorgeous singer and Ellen‘s producer Andy Lassner entered the American Horror Story-themed maze and their reactions to the haunted house and people who were trying to scare them were priceless. Andy kept hiding behind Ariana while Ariana just kept falling to the floor.

Check out the hilarious video below (credit: The Ellen Show):