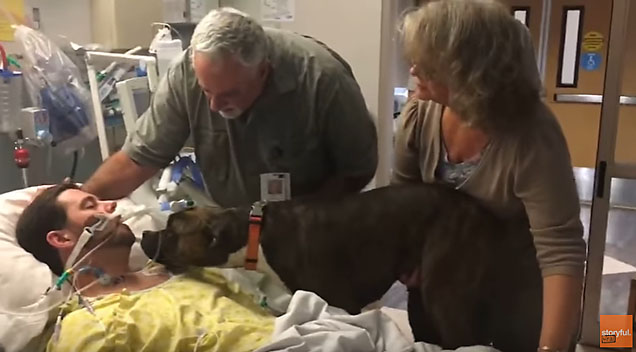 This is the crushing moment when a pet dog was brought to the hospital bedside of her dying owner.

According to The Sun, Ryan Jessen was rushed to hospital last month after what he originally assumed was a migraine turned out to be a terminal brain haemorrhage.  In a touching farewell, the hospital staff actually allowed his dog Mollie to come in to Rideout Memorial Hospital in Marysville, California to say her final goodbye to her owner – the whole moment was captured on film by Jessen’s loved ones and later posted on Facebook.

Scroll down to watch the heartbreaking video below courtesy of storyful: