This Airline Served A Bonding Christmas Buffet To Surprise Passengers At The Airport. The Result Was Priceless 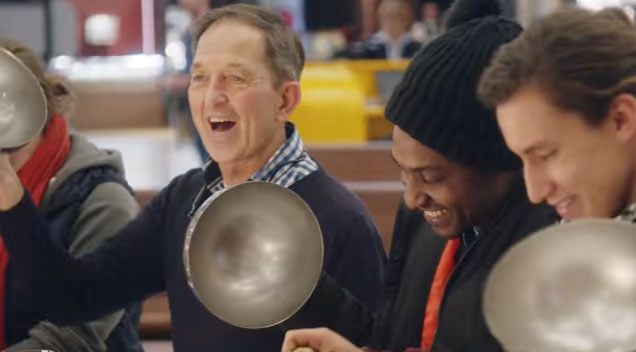 KLM Royal Dutch Airlines did a solid on their passengers and their efforts were commendable.

Although Amsterdam Airport Schiphol is always crowded during Christmas, most people spend their transfer time alone reading a book or going through their phones. KLM Royal Dutch Airlines found a way for their customers to move away from books and phones and bond with each other and the result was epic.

Check out the video below courtesy of KLM Royal Dutch Airlines: