This Man Unboxed The World’s Most Expensive Android Smartphone. You Won’t Believe What Happened Next 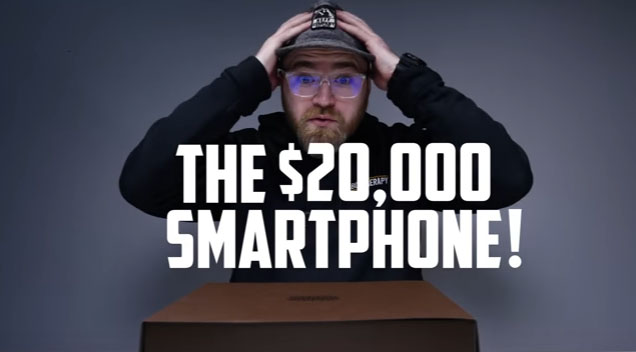 Imagine unboxing the world’s most expensive android smartphone? How would you feel??

Lewis Hilsenteger of Unbox Therapy decided to open a box containing Sirin Labs’ Solarin which costs a cool $20,000 and let’s just say this phone is not meant for the average joe. This phone apparently has some insane security features and in fact, it uses same technology that militaries around the world use to protect their communications.

Check out the video below courtesy of Unbox Therapy: