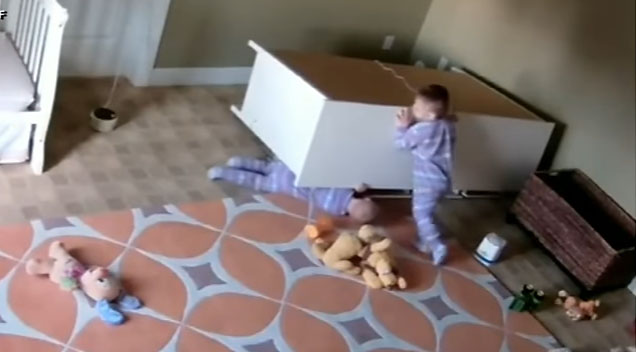 This 2-year-old boy was rescued from a toppled dresser by his twin brother and the extraordinary moment was caught on a security cam.

Bowdy and Brock Shoff were initially playing when they decided to climb dresser – that’s when it tipped over trapping Brock underneath. Bowdy tried to push the heavy dresser but it was just too big so it didn’t budge. He tried to lift it but that didn’t work either because it was just too heavy. Bowdy then decided to push the dresser yet again and this time he managed to finally move it freeing his brother. Luckily none of the boys were injured.

Check out the video below courtesy of ABC News: